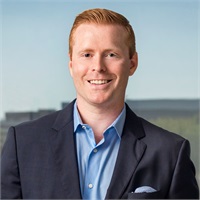 Prior to founding Wendell Charles, Evan began his career at a global Fortune 100 firm & ran the investment division of a boutique wealth management & corporate benefits company. In addition to previously writing his “Influential Capital” column at Forbes, Evan’s work has been featured in media outlets such as Entrepreneur, Inc., the Wall Street Journal, & on CBS radio. He was a scholarship basketball player at Northwest University & a McDonald’s All-American nominee in high school. Evan is also passionate about philanthropy, previously serving as a board member and overseeing the launch of Two Feet Project, a non-profit aiding & equipping underprivileged youth in Nairobi, Kenya. Currently, Evan serves as a member of the board of trustees at the Northwest University Foundation, his alma mater. Evan Kirkpatrick holds his series 7 & 66 securities registrations with LPL Financial and CA Insurance License #0M55126.

Evan has been married to his wife Jessica, a practicing estate planning attorney, since 2017. They have two beautiful daughters and a rescue dog named, Cali.