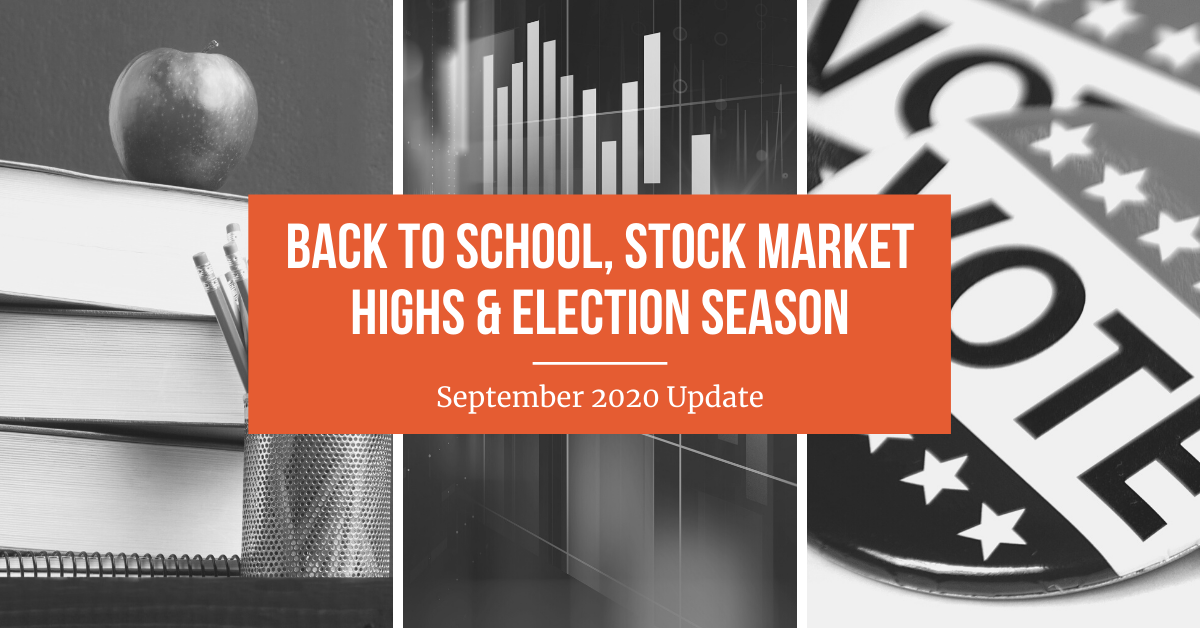 While the COVID-19 fight is not over, more progress has been made recently. New cases and hospitalizations in the United States have been falling steadily since mid-July. Several promising vaccine candidates have entered phase-three trials in the United States, and the FDA could potentially fast-track approval for emergency use later this year. Abbott Laboratories has developed a $5 COVID-19 test that the company claims can produce reliable results in only 15 minutes. The fruition of pandemic developments may be getting us closer to the end of the pandemic.

The stock market has responded to these promising developments with fresh record highs for the S&P 500 Index and its strongest August performance since 1984. Stocks have also received a boost from surprisingly strong recent economic data, which already may have brought an end to the “lockdown recession.”

The brightening economic picture helped second quarter corporate earnings beat estimates by an average of 23%, more than in any quarter since FactSet began tracking earnings statistics in 2008. Estimates have risen to the point where analysts expect 2021 S&P 500 earnings to surpass the 2019 level.

But even if the recession may be over technically, the path forward may be challenging. MGM, American Airlines, Coca-Cola, and other major corporations recently announced thousands of layoffs. If lawmakers can’t agree on another stimulus package soon, the road ahead will get tougher.

Now that the Democratic and Republican national conventions are behind us, election season is in full swing—and with that comes the potential for increased market volatility. September historically has been the weakest month for S&P 500 stock performance, but during election years, it switches to October, when policy anxiety typically peaks. With stocks pricing in significant optimism after such a strong rally from the March lows and these seasonal headwinds on the way, the potential for a pullback may be high.

At the same time, it’s possible we’re in the beginning stages of a new bull market, which suggests additional gains for stocks may be forthcoming. That’s why it probably makes sense for suitable investors to be patient, stick with their target allocations—particularly those with multiyear time horizons—and resist the urge to get more defensive. Stocks appear to be expensive, but so do bonds. Even though stock market volatility may increase and stock returns potentially may fall below long-term averages, stocks may continue to outperform bonds over the next 12 months.

Good luck with the transition back to school, to a new season, and to the new norms—and stay safe. As always, please contact us with questions.